The International Trade and Investment Centre (ITIC) was honoured to be invited to attend this high-rank delegation event organised by the European American Chamber of Commerce (EAcham).  EAcham was entrusted by the Organisation Committee of Guangdong 21st Century Maritime Silk Road International Expo to arrange this event where the visiting delegation consist of entrepreneurs and government officials from Dongguan City, Guangdong Province, China.

Honourable Guests of the day were Mr. He Yuepei, Vice-Director of the Standing Committee of the National People’s Congress (NPC) of Dongguan.  Mr. Wangbo, first-level Secretary of the Chinese Embassy in the Netherlands. Ms. Gaoying, Chairwoman of EAcham and Dr. Jan Siemons, Chairman of ITIC.

The Organisation Committee of Guangdong came with a mission in mind – to sincerely invite European organisations to attend the upcoming Expo from 25-28 Oct in Dongguan China!  This Expo is a platform to promote the “Belt and Road Initiative” in Guangdong Province. In previous years, this expo has attracted exhibitors from more than 100 countries with more than 6000 companies exhibiting and this had in turn attracted 30000 purchasing groups which resulted in a turnover of approximately USD121.2 billion!

In his speech, Dr. Jan Siemons urged both European and Chinese companies to grab the many opportunities presented by the Belt & Road Initiative.  As Europe is the largest economy in the world, it is an attractive marketplace for the Chinese but it is not without its many challenges. The key is to review your International Strategy and Plans with a future perspective in mind.

The event ended with a Signing Ceremony of the MSR Expo Agreement between EAcham, Ms. Gaoying and ITIC, Dr. Jan Siemons. 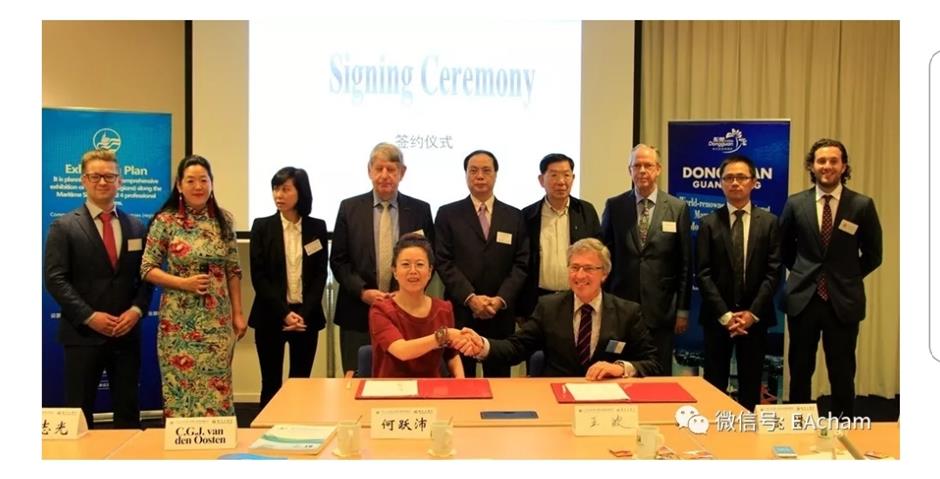